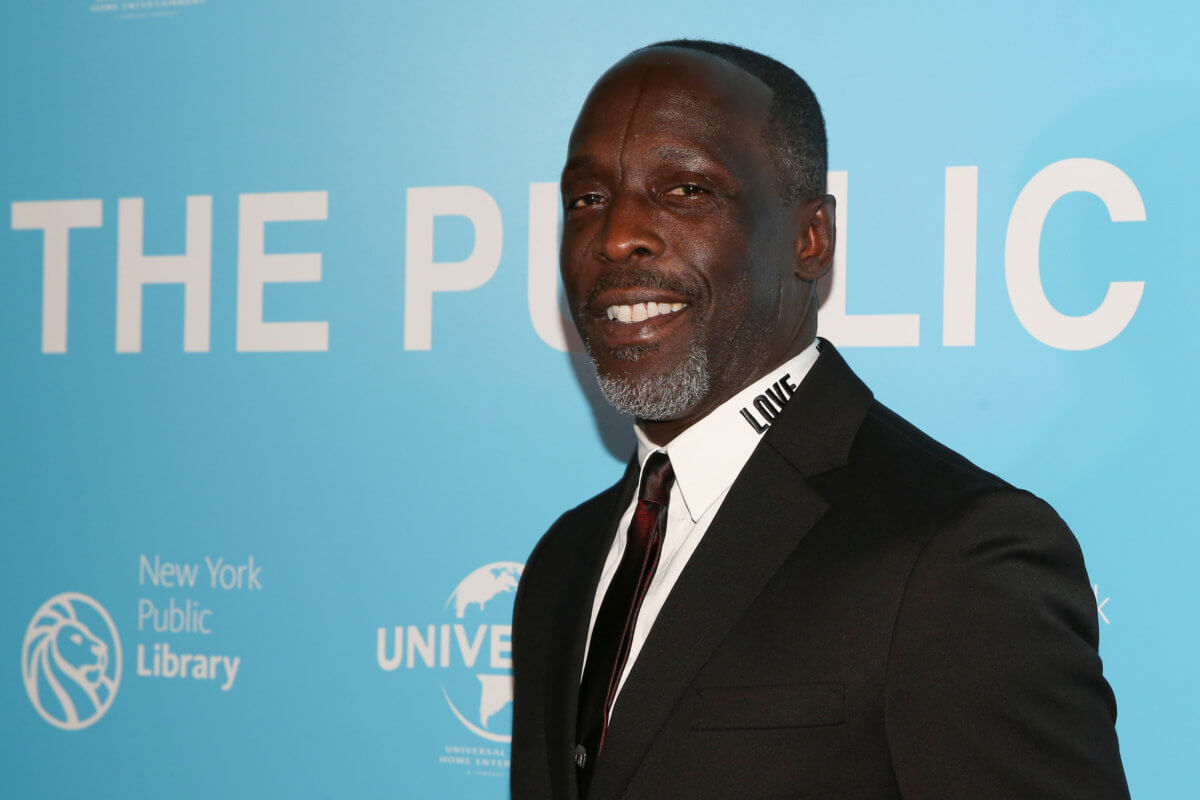 Michael K. Williams passed away at the age of 54.
REUTERS/Caitlin Ochs

During the penultimate episode of HBO’s now-defunct, “Lovecraft Country,” a dark time- and space-bending, monster-slaying sci-fi romp set in 1950s Jim Crow America, the series’ main characters are transported back in time to Tulsa, Oklahoma, in 1921. Suddenly, it’s the evening of the devastatingly infamous Tulsa Race Massacre, where Black Tulsans are hurtled into violence at the hands of their white neighbors. Among the episode’s subplots: unfurling the origin story of the closeted and privately alcoholic Montrose Freeman, played by the late Michael Kenneth Williams.

In the powerful episode, titled “Rewind 1921,” Montrose woefully watches his younger self get struck down by his father for donning his brother’s prom jacket while wearing a flower in his hair. Then, Montrose watches on from a distance as internalized homophobia pushes his younger self to reject the object of his affection, a boy named Thomas. Quickly, the situation becomes dire when a gun-wielding mob of white aggressors surrounds the teens. A teary-eyed older Montrose is desperate to rush over to change this part of his past. However, he’s stopped and reminded that this change could have innumerable implications for the future. Montrose idles, and Thomas is shot dead right before his eyes, again.

Emmy-nominated character actor, former dancer and producer Michael K. Williams, 54, whose on-screen performances were seminal events in the entertainment world, was found dead in his penthouse apartment in Brooklyn by his nephew on September 6. Authorities are investigating his death as an apparent drug overdose. The “Boardwalk Empire” actor, who’s best known for his distinctive scar and his breakout portrayal of shotgun-toting, stereotype-rustling stick-up man Omar Little in “The Wire,” leaves behind one son, artist and illustrator Elijah Anderson.

Before becoming a significant force on screens big and small, Williams was a 22-year-old dancer and choreographer. He appeared as a background dancer for artists such as Missy Elliott, George Michael, Madonna, and Kym Sims, and he choreographed Crystal Waters’ hit 1994 single “100 Percent Pure Love.” Once gaining his signature scar at the age of 25 (the result of a barroom rumble), he received an influx of opportunities, including being cast as High Top in the 1996 feature film crime drama, “Bullet,” after being discovered by the late rapper Tupac Shakur. This defining role would set him on his path to be seen as a gangster by many, even if he was anything but.

Like so many of Williams’ characters, he was storied and complicated. Williams was born in Brooklyn to a Bahamian mother and an American father from Greeleyville, South Carolina, who raised him in East Flatbush’s Vanderveer Estates. In past interviews, Williams has spoken candidly about the violence of that neighborhood, poverty, bullying, a lifelong battle with depression, the use of “party favors,” as well as the drug relapses he experienced while filming “The Wire.” He’s also spoken about how his father, his nephews, neighbors and other important figures in his life who were resources in helping to breathe life into his characters.

A New York Times story from 2017 noted that Williams was sexually molested as a child and that experience left him confused about his sexuality. He was bullied by kids who hurled anti-gay slurs at him.

Williams broke barriers playing dynamic, relatable characters who were gay. Still, more than that, he was able to dig deeper, circumventing the stigma of playing Black queer roles to help tell stories about queer fantasy, love, sorrow, and escapism. Williams became Omar Little in “The Wire,” Leonard Pine in “Hap and Leonard,” Ken Jones in “When We Rise,” and Montrose Freeman in “Lovecraft Country,” portraying complicated characters who were ambitious, intimate and passionate. He brought long-awaited depth and humanity to difficult characters not frequently captured through the queer or Black lens.

“My reasoning for wanting to take this particular role is way more personal than me being afraid of not eating,” Michael K. Williams said in a 2019 interview with Plus Magazine on playing queer characters. “I would have done this for free. It was an honor to tell these stories.”

Even when Williams wasn’t serving viewers iconic queer roles, he pushed the predetermined limits of Black masculinity in an extremely nuanced way. “The characters that mean the most to me are the ones that damn near kill me,” he told the New York Times in 2017. “It’s a sacrifice I’ve chosen to make.” Evidence of that vulnerability can be seen in characters such as the underworld figurehead Chalky White in “Boardwalk Empire,” Robert in “12 Years a Slave,” Bobby McCray in “When They See Us,” and Neville Baraka in “The Gambler.” With each role, particularly in the latter part of his career, he consistently revived what it meant to be a black man on the screen — try as they might, no scar or singular role could define him.

Spike Lee, Leslie Jones, Rosie Perez, Brian Koppelman, Wendell Pierce and many others have issued condolences, regret and sadness about Williams. HBO also issued an official statement, saying, “We are devastated to learn of the passing of Michael Kenneth Williams, a member of the HBO family for more than 20 years. While the world is aware of his immense talents as an artist, we knew Michael as a dear friend who was beloved by all who had the privilege to work with him. We send our deepest condolences to his family for this immeasurable loss.”

Beyond his performances on the screen, Michael K. Williams demonstrated tremendous allyship and an incredible commitment to his community. He supported marriage equality, was vocal about matters impacting youth, and was the co-founder and an advocate of “We Build the Block.”