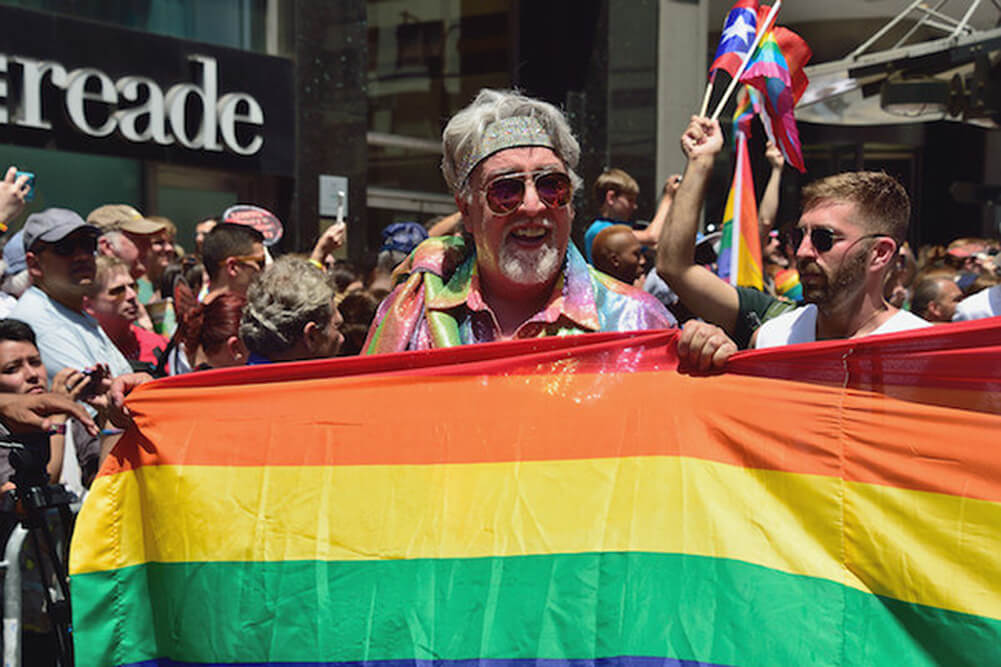 The Gilbert Baker Foundation presented an art exhibition at the Stonewall Inn on May 28 to pay homage to the original Rainbow Flag and other LGBTQ Flags.

Watch the event below:

“It’s Pride Month. What better time than to offer a much-needed history lesson about the Rainbow Flag and its descendants,” Charley Beal, president of the Gilbert Baker Foundation, said in a written statement. “No matter which powerful community flag you fly proudly, it’s crucial to know the history of all the banners created since Baker’s iconic original debuted in 1978 in San Francisco.”

The GLBT Historical Society Museum and Archive co-sponsored the program. The Gilbert Baker Foundation is a non-profit dedicated to uplifting the history of the banner and named in honor of Gilbert Baker, the late creator of the original Rainbow Flag.

When Baker sewed the Rainbow Flag in 1978, it originally had eight colors ranging from hot pink for sexuality, red for life, orange for healing, yellow for sunlight, green for nature, turquoise for magic and art, blue for serenity and harmony, and violet for spirit.

Monica Helms, who created the Trans Flag, spoke to Gay City News in 2019 ahead of WorldPride about how she thought of the idea for the Trans Flag. During a discussion with Bisexual Flag creator Michael Page in 1999, Helms said Page encouraged her to come up with a flag for the trans community. Two weeks later, she created one.

“I jumped out of bed and went over and started drawing it out,” Helms recalled. “It looked pretty good.”

The exhibition will run until June 29.