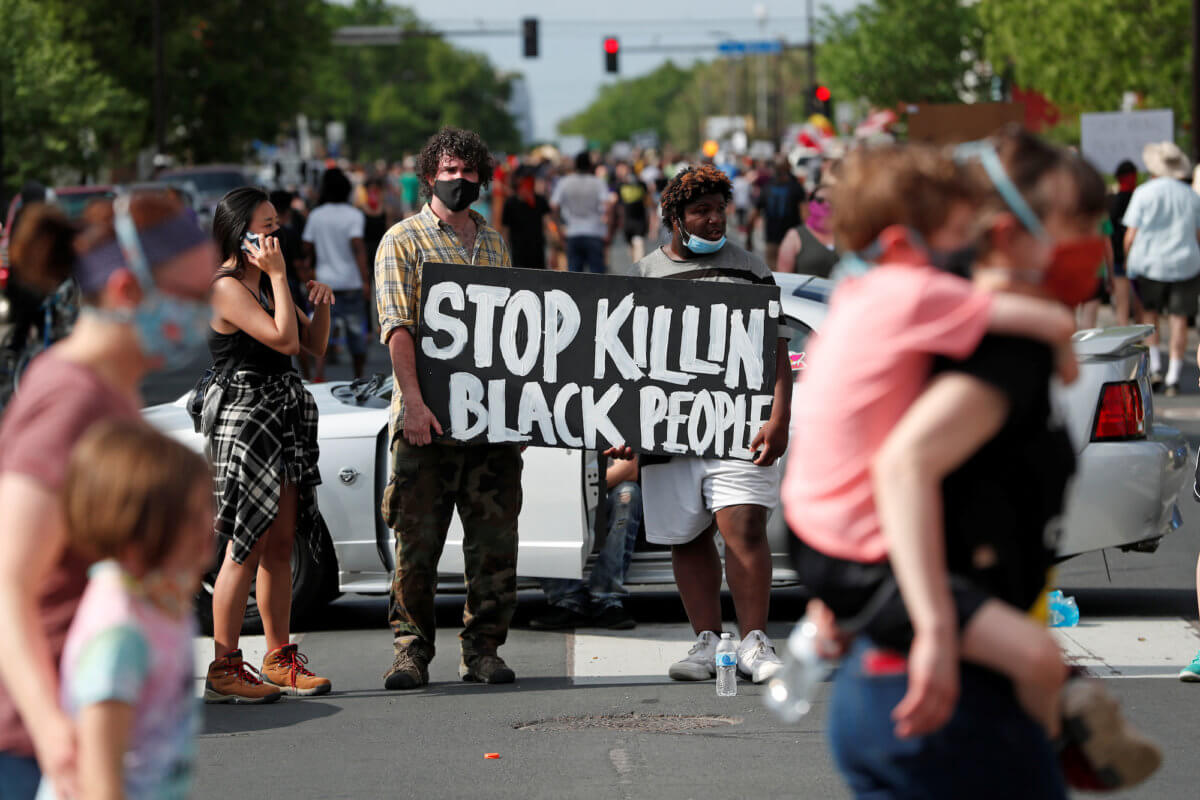 Following a series of racist incidents and fatal police shootings targeting Black individuals, a coalition of leaders representing at least 275 LGBTQ organizations (see editor’s note at the end of this article) signed a joint statement denouncing racial violence and encouraging folks to step up and do their part in eradicating racism.

The letter alluded to a series of recent incidents that have sparked protests across the nation, including the disturbing killing of George Floyd — who died on Memorial Day after a Minneapolis cop dug his knee into his neck on the ground for roughly eight minutes — as well as the death of Breonna Taylor at the hands of Louisville Metro police officers who barged into her Kentucky home and shot her in March. The letter also points to the recent outrage that resulted from the delay in law enforcement action in the video-recorded slaying of Ahmaud Arbery in Brunswick, Georgia, where he was gunned down by racists in broad daylight.

Among other numerous cases mentioned, transgender man Tony McDade was killed by law enforcement in Tallahassee, Florida, on May 27 just days after out gay Black man Christian Cooper was the victim of racism in Manhatan’s Central Park when a woman called the cops to allege that an “African-American Man is threatening me” simply because he asked her to leash her dog.

“We have heard and read about the killings of transgender people — Black transgender women in particular — with such regularity, it is no exaggeration to describe it as an epidemic of violence,” the letter stated. “This year alone, we have lost at least 12 members of our community: Dustin Parker, Neulisa Luciano Ruiz, Yampi Méndez Arocho, Monika Diamond, Lexi, Johanna Metzger, Serena Angelique Velázquez Ramos, Layla Pelaez Sánchez, Penélope Díaz Ramírez, Nina Pop, Helle Jae O’Regan, and Tony McDade.”

“All of these incidents are stark reminders of why we must speak out when hate, violence, and systemic racism claim — too often with impunity — Black lives,” the letter continued. “The LGBTQ movement’s work has earned significant victories in expanding the civil rights of LGBTQ people. But what good are civil rights without the freedom to enjoy them?”

The letter applauds gains in adopting intersectionality as a core value, but it also calls on the community to “go further” in light of exacerbated racism as of late.

“We celebrate June as Pride Month, because it commemorates, in part, our resisting police harassment and brutality at Stonewall in New York City, and earlier in California, when such violence was common and expected,” the organizations wrote. “We remember it as a breakthrough moment when we refused to accept humiliation and fear as the price of living fully, freely, and authentically. We understand what it means to rise up and push back against a culture that tells us we are less than, that our lives don’t matter. Today, we join together again to say #BlackLivesMatter and commit ourselves to the action those words require.”

The letter was released as Minneapolis has been convulsed with outrage, protest, and disorder in the wake of George Floyd’s May 25 death. In Manhattan on May 28, up to 70 protesters were arrested when they gathered in Union Square Park to call attention to Floyd’s killing and similar violence targeting Black Americans and then attempted to march south to City Hall.

More arrests came in New York on May 29 when thousands of demonstrators, responding to a call from faith leaders, turned out in Foley Square, just north of City Hall. As the crowd moved toward the Brooklyn Bridge, some were arrested on charges of disorderly conduct for blocking traffic. Later in Brooklyn, outside the Barclays Center, police and demonstrators clashed, with protesters tossing bottles and cops using pepper spray to disperse the crowd. The scuffles between police and protesters spilled out into the adjacent streets of Fort Greene. Other demonstrators in Foley Square traveled north to Midtown, where more arrests were made after police, in the account of one protester, charged the crowd.

On June 1, the Human Rights Campaign released a video with its president, Alphonso David, noting the beginning of Pride Month and linking the beginnings of the LGBTQ rights movement with the anti-racist protests happening nationwide:

As we celebrate #PrideMonth, let us remember that Pride started as a protest. In this moment, we must take action to embrace anti-racism and end white supremacy, not as necessary corollaries to our mission, but as integral to the objective of full equality. pic.twitter.com/5bO6b5iT8J

Editor’s note: When this story was published on May 29, roughly 75 groups had signed onto the letter. By mid-morning on June 1, that number had swelled to at least 275.