What’s Love Got to Do With Disability Insurance? 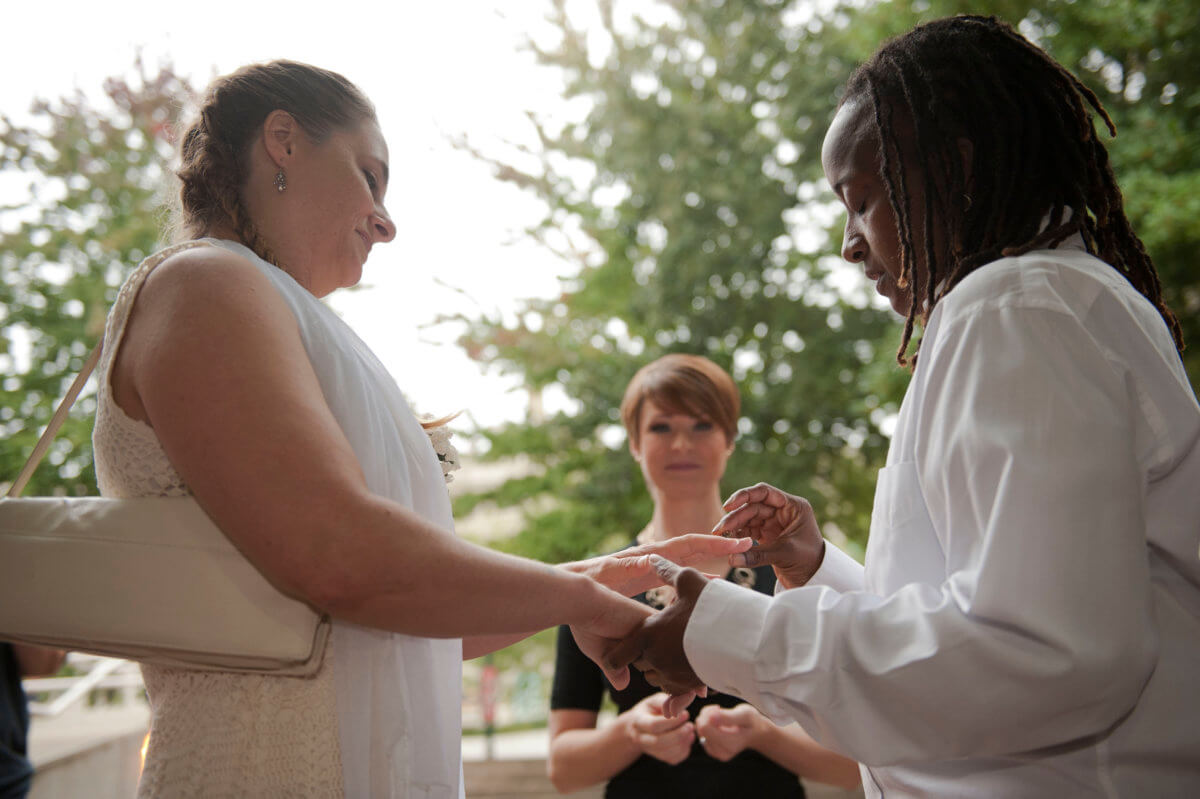 Tying the knot could mean a loss of health coverage, income support and other essential resources for millions of Americans.

To many folks in the queer community, the phrase “marriage equality” harkens memories of the decades-long uphill battle culminating in a watershed Supreme Court ruling in 2015, whereby same-sex marriage was made legal throughout the United States. Yet, a separate fight rallied on for vulnerable individuals living with physical and “invisible” disabilities (autism, mental health or developmental challenges) dependent on disability benefits.

There’s a segment of that population that is often dissuaded from cohabitation and marriage because of oppressive and unfair Social Security rules. The Social Security rules, frequently referred to as the “marriage penalties,” signify a loss of disability benefits when a beneficiary of Supplemental Security Income (SSI) marries or cohabits with anyone, whether a fellow beneficiary or a person not in the SSI program. This marriage issue transcends race, culture, age, sexual orientation or gender identity; the reductions translate to fewer dollars to pay for food and life-sustaining essentials.

Approximately 26 percent (one in 4) of the United States’ 259,393,206 adults have some type of disability, and there are 69,828,000 individuals in the US receiving Social Security, Supplemental Security Income (SSI), or both (as of the summer of 2021). Just 24 percent of SSI recipients 18 or older (1.5 million) are married, compared with 57 percent of all adults in the United States. These numbers aren’t helped by the fact there are unassailable barriers to marriage imposed by the Social Security Administration and its “marriage penalties.”

“Marriage equality has the power to change the cultural narrative about what is to be LGBTQ,” Jax Jacki Brown, a writer, speaker, and disability and queer rights activist/educator based in Melbourne, Australia, told Gay City News. “It means we can aspire to the same things as other people — and subvert them. It is an institution that historically has been very heteronormative and based on cis-gendered notions, so being able to question some of these ideas as LGBTIQA+ folks affirm our relationships through marriage is an important cultural action.”

People with disabilities as a whole have often been excluded from conversations on marriage equality, according to Kris Guin, who is the founder of Queerability, an LGBTQ+ and disability justice organization, and advisor to the Autism Society of America.

“While I am thrilled that my non-disabled LGBTQ+ siblings can get married, I often think about how much more inclusive the outcome of the fight for marriage equality could have been if the LGBTQ+ and disability communities worked in solidarity with each other, especially considering that one part of the disability community — the Autistic community — has research that indicates that it has higher rates of people who are LGBTQ+ than the general population,” Guin told Gay City News.

The system is antagonistic, forcing strict income and resource limits. A New York Times article published last year, written by contributor and disability scholar Ari Ne’eman, called the disability benefits rules “Kafkaesque.” Perhaps this is evident because the US federal poverty guideline for a single-person household is $12,880. Yet, dependents receive an unrounded annual income of just $9,530.12. The prospect of marriage then threatens the meager wage due to the flimsy pretext of saving taxpayers money.

“I think this stems from the fact that people with disabilities are still by and large seen as not desirable, both as possibilities for a pash on a Saturday night and as long-term partners,” Brown said, making visible that disability care concerns are important beyond the US. “When I moved in with my partner, my payment was significantly reduced, making me financially dependent on her. This financial dependency is concerning. While my relationship is great seven years in, for others, this inequality may lead to financial abuse and entrench the ableism within a relationship.”

The penalty can affect people with a wide variety of disabilities, but not every person with disabilities. There are disparities in marriage penalties, as only certain individuals with specific disabilities are affected, while others are not. Among the considerations for the penalty are disability type, one’s work record, work income, savings, or whether one’s significant other is on SSI or SSDI.

The devastating loss of income and imperative healthcare insurance aside, many also lose access to equally essential​​ support services, such as Section 8, food stamps, welfare, and PCA (personal care assistant) care providers who offer crucial assistance with self-care tasks, such as dressing, cooking, or cleaning. For those who have physical impairments, losing such benefits could result in loss of life.

Jacob (name changed to protect privacy) and many like him depend on PCA care. At age 17, while en route to his senior prom, Jacob’s car was struck by a taxi cab on Lake Shore Drive in Chicago. He and his girlfriend were rushed to a nearby hospital, both in critical condition. Jacob survived, while his girlfriend, who he intended to propose to that night, died. Nearly three decades later, he’s found love again with a wonderful woman named Renee (name changed to protect privacy), and they’re engaged to marry in October 2022.

“I suffered a traumatic brain injury in 1996,” Jacob explained to Gay City News. “I broke my neck, and the entire left side of my body was totally messed up. I was in a coma for three months, I flatlined three times in the coma, and they pronounced me dead. They tried to take me off of life support, but my mother wouldn’t let them. When I came home from the hospital on August 6th of 1996, I was a vegetable. I could speak a bit, but I couldn’t move my hands or anything. I had a medical halo on my head…”

Jacob improved throughout that year and by February, he was discharged from operation therapy. But he eventually suffered a second accident: He broke his neck when a drunk driver struck his car.

“I prayed on it and took pain pills that lasted about 20 minutes, but I was, and am, in excruciating pain,” he said. “And need my SSI. Just because two becomes one when you marry, it doesn’t mean two can support one.”

Renee, Jacob’s fiance, who currently lives in a separate dwelling and works as a paraprofessional within a special education classroom, added: “I went online to research ways for him to keep his benefits. It said if you get SSID, it doesn’t matter how much your spouse makes, you’ll lose your benefits because they’re considering household income once you marry — even if you don’t earn very much. When you get married, everyone has to have something to contribute. It doesn’t matter how big or how small; it just matters that you contribute. Taking away that contribution is sad and humiliating.”

There’s an assumption that while a single person with disabilities requires full benefits to survive when living alone, a person who marries another can securely share a home for less than if two individuals were apart. However, that isn’t necessarily true. Disabilities have a high cost, and the loss of Medicaid or Medicare can entirely destabilize a couple’s finances.

Flexible and consistent coverage is a human right and is essential for individuals with disabilities, particularly those whose disabilities change over time. Knowledge about penalties ahead of marriage often means many choose not to get married or “marry well” — thus handing off the responsibility of care from the government to the spouse. Also, those who marry before understanding the poorly designed rules are subject to the penalties mentioned above, essentially because they have a lesser ability to manage legal arrangements and finances. Such factors contribute to the overall first-marriage rate in the United States being far lower for those with disabilities than their counterparts.

“My dream for SSI would be that it would be available to any and all disabled people regardless of our employment status, income/assets, or marital status,” Guin said. “Living with a disability is expensive, and many disabled people encounter what we call the Crip Tax. Having SSI as a form of Universal Basic Income for disabled people would be so impactful for so many people. I would also like to see the waiting period substantially reduced since it can take months or even years to get your first SSI/SSDI payment.”

Until improvements come to fruition, all dependents living with disabilities can examine personal income, assets, and resources, and calculate potential loss by contacting representatives at a local Social Security field office. Many advocates are expected to continue pressuring members of Congress to legislate and pass federal laws that impact the Social Security Administration.