Night on the Town 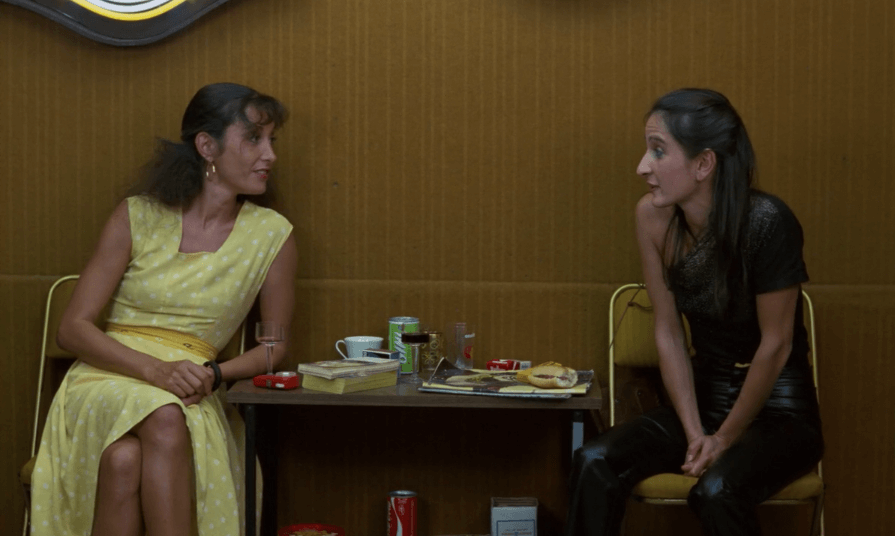 Made in 1980, French director Marie-Claude Treilhou’s “Simone Barbes or Virtue” did not go entirely unnoticed at the time. Chosen for MOMA and Lincoln Center’s New Directors/New Films festival in 1981, Vincent Canby reviewed it for the New York Times at the time, as did Joan Casademont in an article on ND/NF for Artforum. But until its 4K restoration played at last year’s New York Film Festival, I’d never heard of it. The film comes as quite a surprise — a fully formed vision that finds profundity in one woman’s relatively banal night. Divided into three segments, it runs through them in less than 80 minutes.

“Simone Barbes or Virtue” speaks with its own voice, and Treilhou, who began as an actor, was associated with the Diagonale production company and director Paul Vecchiali. (He’s one of three editors who worked on this film.) However, echoes of Eric Rohmer and Jacques Rivette run through it, and the final scene might have given Abbas Kiarostami ideas for the car-based scenarios of “And Life Goes On,” “Taste of Cherry” and “Ten.” But it also brings to mind American films made shortly afterwards, like Bette Gordon’s “Variety” and Lizzie Borden’s “Working Girls,” that brought a feminist perspective to sex work and porn.

Treilhou created a different style for each part of her film. The nightclub scenes are lush, covered in bright red light. Bourgoin really drove around Paris for the final scene, with a platform carrying cinematographer Jean-Yves Escoffier and his lights and camera screwed to the car. This led to a stark minimalism. For the first two thirds, the film sticks tightly to interiors. (In fact, the few glimpses of the street in the first section look like a set, although they may not be.) When it does head outside, the claustrophobia of the car replicates the same sensation of being trapped.

Simone winds up serving men who are both full of themselves and genuinely vulnerable. Delahaye’s character cries silently during the drive home. When she compliments his mustache, he peels half off to reveal that it’s false. His jacket and bow tie, worn for his job at the casino, connect him to a man at the porn theater who calls himself the marquis. The scenes there parody “respectable” cinephilia, with one patron complaining about the projection and aspect ratio and the marquis pontificating in a blazer, bow tie, and pocket handkerchief. These men seem in denial that they’re going to pleasure themselves with a theater full of other men; the fact that the two employees are women serving an all-male audience brings out the homosocial aspect of the theater. Violence breaks out in the lesbian club, a space where women should feel free from the threats of men.

Treilhou went on to direct four other features and many documentaries. “Simone Barbes or Virtue” suggests a level of talent which went ignored in the US at the time; as far as I can tell, the film was never distributed here. Treilhou is receiving a retrospective in August at a French film festival. Let’s hope that the interest in “Simone Barbes or Virtue” leads to more of her work becoming available.