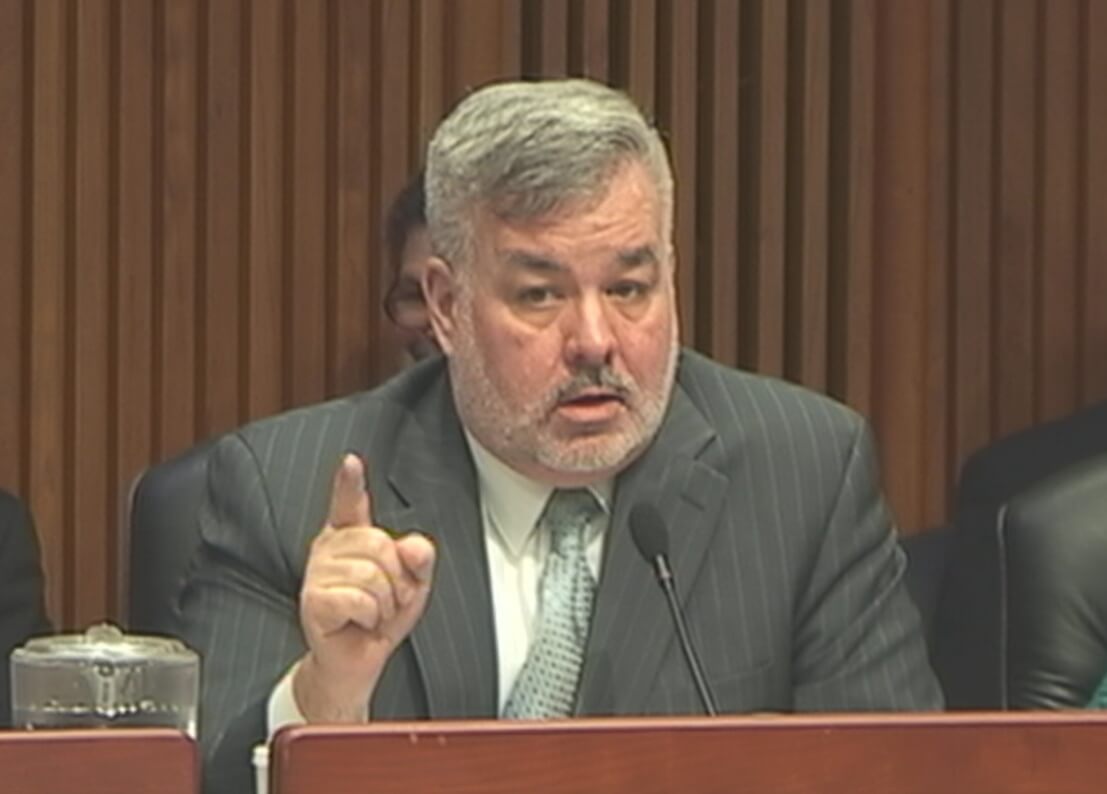 Out gay Manhattan State Assemblymember Daniel O’Donnell is pressing Governor Andrew Cuomo to sign legislation he says will not cost anybody anything.
New York State Assembly

More than 100 New York LGBTQ groups have issued an open letter to Governor Andrew Cuomo urging him to sign a law before next week making all public single-stall restrooms statewide open to people of all genders.

Under the “Gender-neutral bathrooms” bill or A.5240/S.6479, restaurants, bars, schools, colleges, and other public spaces are required to remove sex-segregated signage like “male” and “female” from single-occupancy restrooms. This legislation is another move to end discrimination and harassment against trans and non-binary people in public restrooms.

The bill’s sponsors in the State Senate is Brooklyn’s Julia Salazar, while out gay Assembly member Daniel O’Donnell, representing the 69th district on Manhattan’s West Side, authored the bill.

He said the measure requires a relatively simple switch.

“This doesn’t cost anybody any money,” O’Donnell told Gay City News. “If you have two bathrooms in your restaurant — one that says “M” and one that says “W” — if you unscrew the “M” and the “W,” then you’ve complied with the law.”

O’Donnell introduced the bill in 2017 after a wave of anti-trans bathroom bills circulated in the US. In 2016, North Carolina approved controversial legislation that banned people from using a bathroom different from the sex listed on their birth certificate.

Over the summer, the bill passed unanimously in the State Assembly. O’Donnell’s office said Cuomo received the legislation last Friday. Now, he has until next week to sign or veto it. If he takes no action, the bill will die.

O’Donnell said he has not spoken with the governor’s office and is unsure what objections Cuomo might have to the bill. There has been a history of pushback from other members of the Legislature on LGBTQ legislation, he noted.

For LGTBQ activists in upstate New York, this is a first.

“The needs we have here in in the North Country are similar to the needs… down in the city,” said Kelly Metzgar, executive director of the Adirondack North Country Gender Alliance, one of the organizations backing this bill. “We need to use public accommodations.”

Metzgar recalled a transmasculine person who was harassed by customers for using a public bathroom at work.

“What are you doing in here? You’re a freak. You don’t belong here. Are you a boy or a girl?” Metzgar said customers told the worker. “They made this person’s work life miserable.”

The pushback against bills is often the result of transphobia or the denial that trans, nonbinary and gender-non-conforming people exist, Metzgar said.

Supporting this bill is also a benefit to businesses. A law allowing restroom access to people of all genders avoids lawsuits challenging the denial of access based on perceived sex, said Kristen Browde, a Westchester County attorney who is president of the board of the LGBT Bar Association of Greater New York and co-chair of the National Trans Bar Association.

Some universities and organizations, including Manhattan’s LGBT Community Center, have implemented all-gender multi-stall bathrooms. But, Browde said, we’re still years away from that becoming law or universal practice

If this bill is signed, New York would join California, Illinois, and other states in the US that have adopted similar legislation. A spokesperson for Cuomo’s office did not respond to requests for comment.