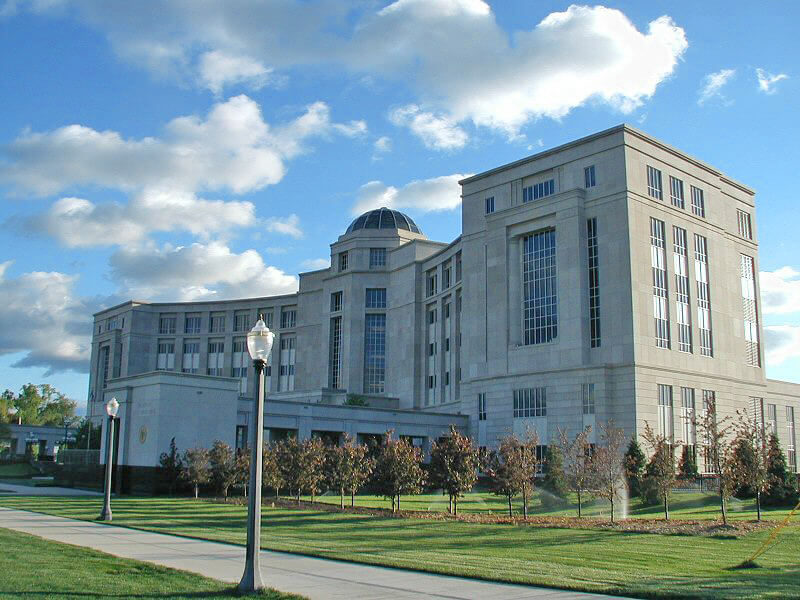 The Michigan Supreme Court, based at the Michigan Hall of Justice, is the top court in the state.
Wikimedia Commons/Subterranean

The looming question after that ruling was how far it would extend as a binding legal precedent. Would it be limited to employee discharge cases under Title VII? Would it apply to other forms of employment discrimination, including refusal to hire, employee benefits, or promotions? Would it apply to bans against discrimination because of sex under other federal statutes, such as the Fair Housing Act, the Equal Credit Opportunity Act, the Affordable Care Act, or the Education Amendments of 1972? (This is a tip-of-the-iceberg list, as Justice Samuel Alito’s dissent attached an appendix listing about 300 provisions of federal law that he claimed might be affected by the Bostock decision.)

And what about state laws?  All 50 states have laws banning discrimination because of sex, but fewer than half of the states expressly ban discrimination because of sexual orientation or gender identity. The US Supreme Court has no jurisdiction over the interpretation of state laws, but could the persuasive force of Justice Gorsuch’s opinion cause state courts to adopt similar interpretations?

These questions are being answered one case at a time. On July 28, Michigan’s Supreme Court interpreted the state’s Elliott-Larsen Civil Rights Act (ELCRA), which forbids discrimination because of sex, to encompass sexual orientation discrimination claims, by a vote of 5-2. While the court was not bound by legal precedent to do so, and in fact its decision overrules a 1993 ruling by the state’s court of appeals, the majority of the court found the US Supreme Court’s reasoning to be persuasive enough to justify overruling the prior Michigan precedent, perhaps the first time a state’s highest court has done so, although some lower level courts in other states have also done so.

This case came up to the Michigan Supreme Court as a result of an “event place” refusing to host a wedding for a lesbian couple in 2019. Natalie Johnson and Megan Oswalt asked Rouch World to host their same-sex wedding, but the owners of the business, Ben and Jamey Rouch, refused to do so because of their “sincerely held religious belief that marriage is a sacred act of worship between one man and one woman.” Johnson and Oswalt filed a public accommodations discrimination claim under ELCRA with the Michigan Division of Civil Rights (MDCR), which opened an investigation.

Around the same time, Uprooted Electrolysis refused to provide hair-removal services for Marissa Wolfe, a transgender woman, based in its owner’s “sincerely held religious belief that sex is an immutable gift from God” and their understanding that this service was sought as part of Wolfe’s gender transition. Wolfe filed a sex discrimination claim with MDCR, which started an investigation.

Justice Elizabeth Clement’s opinion for the court drew heavily on the Bostock decision, with extensive quotations expounding Justice Gorsuch’s reasoning, emphasizing that in the past the Michigan Supreme Court has encouraged the state’s courts to follow US Supreme Court interpretations of Title VII because of the similarity in statutory language of ELCRA and the federal statute.

Two members of the court wrote dissents, channeling the arguments that Justice Alito and Justice Brett Kavanaugh made in their dissents in the Bostock case.

Like Justice Kavanaugh, Justice Brian Zahra first observed that the court’s opinion “is a victory for a good many Michiganders who worked diligently and unyieldingly for sexual orientation equality under the law since the enactment of [ELCRA] more than 45 years ago. I take no issue with the merits of the policy adopted today by a majority of this court,” he continued.  “I also harbor no doubt that my colleagues in the majority are acting in good faith, with pure hearts and the best of intentions.” But, he argued, what they were doing was what the state constitution authorizes the legislature, not the courts, to do — to make new law — and “this Court’s duty is to say what the law is, not what it thinks the law ought to be.”

Justice David Viviano’s dissent advanced the argument that the statute requires a finding of discriminatory motivation. In the case of sex discrimination, that would be a motivation to discriminate against somebody because they are a man or they are a woman. He found the reasoning of the majority (and of the US Supreme Court) inconsistent with this requirement for discriminatory motivation.  In many ways, his dissent sounds like the dissenting opinion by Seventh Circuit US Court of Appeals Judge Diane Sykes from Hively v. Ivy Tech Community College, in which that court ruled before Bostock that Title VII allows sexual orientation discrimination claims.

Bills seeking to amend ELCRA to add sexual orientation and gender identity to the list of prohibited reasons for discrimination have repeatedly failed to advance in Michigan’s legislature. Under the Rouch World ruling, such bills are no longer necessary. But since this is a case of statutory interpretation, the legislature could overrule the court by amending the statute. As a result, the task for the state’s LGBTQ rights advocates is now to work against potential bad legislation rather than working to enact a gay rights bill.