Carolyn Maloney looks back on 40 years of ‘fighting for equality’ 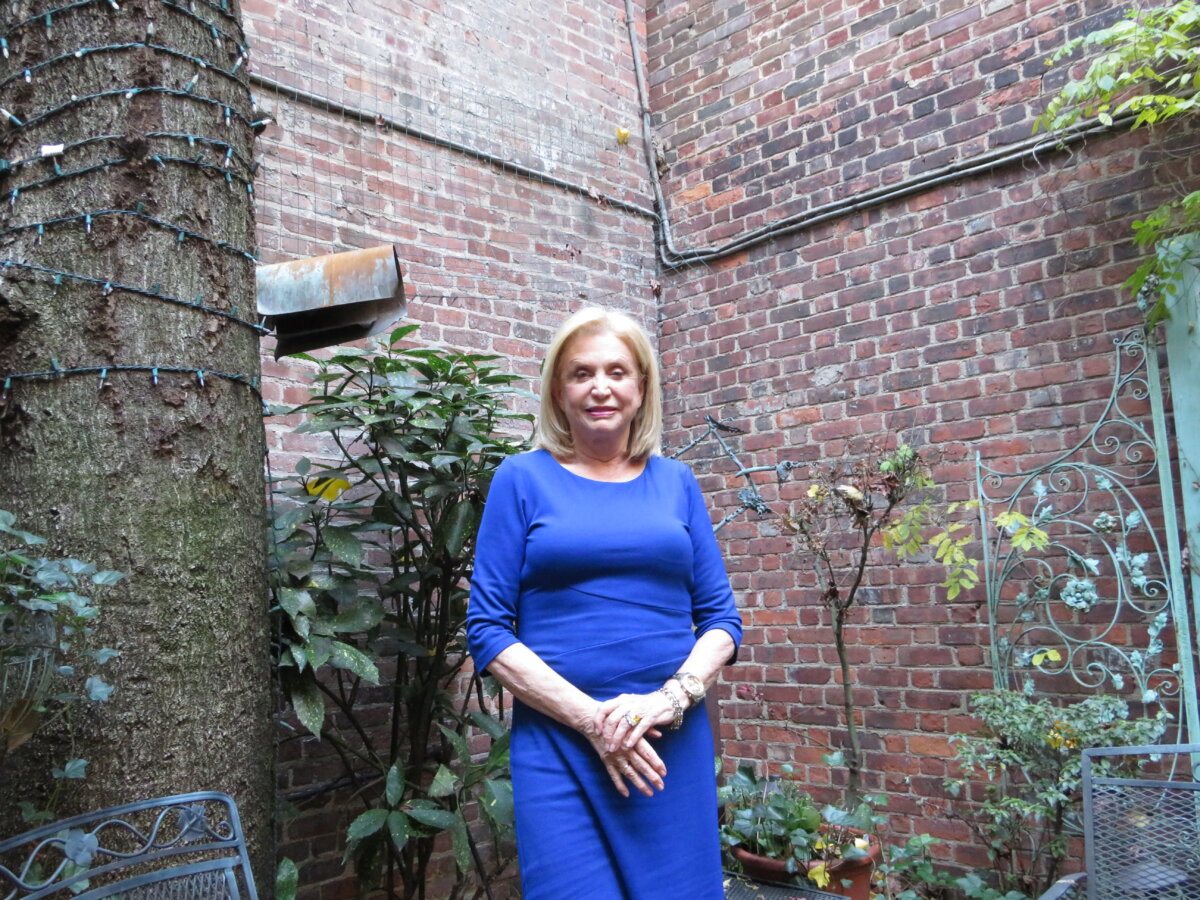 Congressmember Carolyn Maloney at her Upper East Side home during her final weeks in office.
Duncan Osborne

During an interview at her Upper East Side home, Congressmember Carolyn Maloney recalled that it was lobbying for state funding for a program she worked in at New York City’s Department of Education that drew her into politics and a 40-year career in elected office. “This was a transformational experience for me,” Maloney told Gay City News. “Through that experience, I could see the power of government…I could see the power of elected office.”

The program, which supported job development efforts for recent GED recipients, was supported by the state, the city, and the federal government in equal portions. When the state slashed its funding, Maloney and other staff traveled to Albany where they lobbied state legislators to restore the program’s cash. Her success in those meetings taught Maloney about power. She would later get a further taste of that power while on staff in the state legislature.

She applied that experience during her 10 years in the City Council and her 30 years in the House representing the Upper East Side and portions of the Bronx, Brooklyn, and Queens. The configuration of her City Council and House districts varied over time, but it was the latest district that ended her career in elected office. In a flawed redistricting process that was approved by New York voters in a 2014 ballot initiative, Maloney had to run against fellow Democrat Jerry Nadler in a district that favored Nadler. In a low turnout primary, Nadler won 54% of the vote to Maloney’s 24%. A third candidate, Suraj Patel, took 19% of the vote.

Maloney was never a chair warmer in the City Council or in the House. The Center for Effective Lawmaking (CEL), a project of the University of Virginia and Vanderbilt University, has ranked her above average in many congresses since she first took her seat in 1993 in the 103rd Congress. She bested most of her Democratic colleagues on the CEL’s Legislative Effectiveness Score, which measures how members perform on authoring and enacting legislation. She began her political career in the City Council, where she also worked hard.

“I was elected to the City Council in ’82, so it’s been four decades of fighting for equality of rights for the LGBTQ+ [community],” she said.

The City Council then was not known for tough fights over anything. One political operative once said of the council that it was not even a rubber stamp because a rubber stamp leaves an impression. But in 1986, legislation that would add sexual orientation to the city ordinance banning discrimination in employment, housing, and public accommodations received a successful vote. Opponents of the legislation were vicious in their comments.

“But in 1986, these were passionate hearings,” said Maloney, who voted for the legislation. “They would go on all day…They were very emotional with feelings on both sides.”

Maloney also faced opposition from Vallone when she introduced domestic partnership legislation that extended some rights and protections to the partners of gay, lesbian, and bisexual New Yorkers. Vallone said the legislation was unconstitutional and refused to print the bill.

“When I first introduced it, I was mortified,” she said. “When you are a young kid, in your early 30s, you’re sitting there taking on the leadership and the speaker, it’s quite something…I didn’t run for office to change my beliefs. I believed in gay rights, women’s rights, the civil rights movement. I believed they were the right thing to do.”

Her council district was eventually redrawn, but Maloney had already set her sights on the House seat representing the Upper East Side. In 1992, she ran against Bill Green, a moderate Republican who represented the district for 14 years. The congressional district had also been redrawn and included parts of Brooklyn, Queens, and the Upper West Side.

In the House, Maloney faced vitriolic opposition over the 1996 Defense of Marriage Act, which barred federal recognition of same-sex marriages, and over the 1993 Don’t Ask, Don’t Tell law, which effectively barred LGBTQ people from serving in the military. Maloney opposed both. DOMA was struck down by the US Supreme Court in 2013 and repealed by the Respect for Marriage Act, which was enacted this year. Don’t Ask, Don’t Tell was repealed in 2011.

But her record is not just about legislation she has opposed. As evidenced by endorsements or high rankings from LGBTQ political groups, women’s groups, pro-choice groups, organized labor, and other organizations that are found on the left side of American politics, Maloney’s work has been widely noticed and appreciated.

Maloney was born in North Carolina and spent part of her early life in Virginia. She arrived in New York City in 1970 with a teaching degree.

“I was born in the conservative south,” Maloney said. “I went to New York on a Greyhound bus one day and I never left.”

“I’d say the bench for the Democratic Party is deep and strong,” she said. “The whole city now is Democratic and we have a lot of talented members on the City Council level, the state level…and congressional.”